To many the idea of an indie MMO seems daunting or outrageous. Typical MMO games such as World of Warcraft or Star Wars: the Old Republic have budgets of hundreds of millions of dollars and staffs of several hundred people. How can a little indie team possibly compete with that?

But there have been indie MMOs, and some are still going strong after many years. The most famous and successful of these is RuneScape, which began as a bedroom project of two brothers. Others include the granddaddy of them all, Meridian 59, built by a five-person team in the mid 90s, Andrew Tepper and Josh Yelon's A Tale in the Desert, and Gene Enrody's Sherwood Dungeon. In 2010 Alex Carobus and I built Realm of the Mad God and launched it after only one month of work. 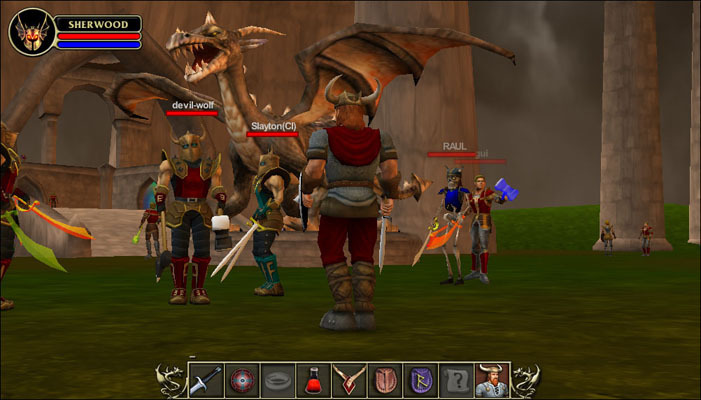 When building an MMO in a small team, it's important to avoid competing head on with big-budget games. You will never out-WoW WoW, so don't try. Instead, be different. Meridian 59 was faster; it beat the big games to market. A Tale in the Desert stood apart using innovative co-op gameplay and server-wide cooperative story arcs called "tellings." Sherwood and Runescape ran in the browser, making it easier for people to play while lowering expectations for graphical detail. Realm of the Mad God used all of these techniques: it was one of the first Flash MMOs, it used unexpected mechanics such as permadeath and bullet dodging, and it used low resolution 2D sprites to keep asset costs down.

So yes, it's possible for a small team to have success in a field traditionally dominated by giants. But it requires some nontraditional thinking.