Could leveling up be the most well-worn trope in all of gaming? 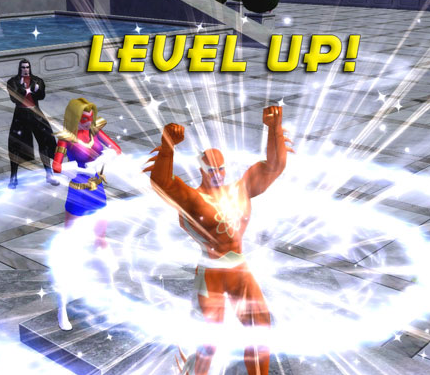 Levels began as a shorthand for keeping track of progress in pen-and-paper roleplaying games. When RPGs made the leap into computer form, levels came along, and then they started leaking out into other genres. These days it's tough to find a game that doesn't include levels in some form or another.

One reason the level-up mechanic is so omnipresent is that levels represent a reward that the game can hand out to the player at regular intervals. Human brains absolutely love getting praise, even for trivial accomplishments. It is not a joke -- adding level-ups to a game pretty much always makes it more attractive, at least in the short term.

While levels are an effective (if overused) mechanic in single player games, levels have at least one tremendously negative repercussion in multiplayer games: levels separate you from your friends. The whole point of playing a multiplayer game is to play with others -- your friends, your guildmates, even the random Internet people who'll become your friends later. When the level difference between you and the people you want to play with is too great, you can't play together, and that's terrible.

Jetbolt's new MMO project employs a territory capture mechanic that has all the players working together to secure land from the enemies. Everyone fights on the same battlefront against the same foes. There are no level-appropriate zones -- only a combat front that shifts over time as territory is won or lost.

This mechanic lies in direct opposition to the levelup system. In traditional games, a character increases its power by 10 to 50 percent at each level. A high level character is hundreds of times more effective than a first-level character. Obviously, this sort of progression prevents characters of different levels from working together. One simple way to fix this is to compress the progression scale, so that high-level characters aren't that much more powerful than low-level characters. Another method is "horizontal" progression, in which levelups unlock new weapons, abilities, classes, vehicles, etc, without necessarily increasing character power. Another way is to treat levels as achievements, awarding badges, titles, costumes and other non-combat perks for leveling up.

One mechanic I'm considering is giving out the most powerful level-up rewards server-wide based on progress made by the playerbase as a whole on that server. That is, as the players capture territory on a given server, all players on that server level up together, giving them the ability to take the fight further. This means that everyone on a server can work together at all times.

I'm hoping that a judicious combination of these techniques will allow Jetbolt's MMO to retain some of the benefits of levels while mitigating the drawbacks.