A big factor in my willingness to play a game is how easy it is to quit. Not permanently -- I'll play more later. But NOW. I'm not a kid anymore, and real life is important. People rely on me. Phones ring, babies cry, and when I need to quit I don't want to ask permission from the game. I want to click one button -- the X at the top right corner of the window -- and walk away. 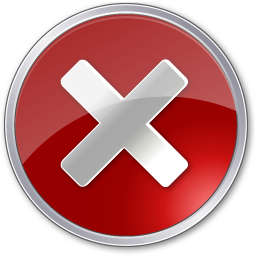 For some reason, just about every MMO in history has decided to penalize people that need to quit quickly. If you don't log out in town, the game assumes you are trying to get away with something. Your toon stays active in the world for a minute or so, vulnerable to any passing monster or PKer. Leaving in the middle of a fight is hardest of all -- some games actually make it impossible to quit in combat. In my head I can picture the design meeting that led to this.

That'll show those cheating noobs who try to leave the game when they're losing a fight! They should have planned more carefully and not gotten into hot water like that! Die noobs!

But even if you're not fighting, you're still penalized for quick-quitting because if you don't leave at an inn, you don't accumulate rest state for the next play session.

In Realm of the Mad God, players can quit any time just by closing their browser. Or they can escape to the safety of the Nexus with just a keypress. Combined with the game's tiny load time and instant grouping features, the result is something that hasn't really been seen before: an MMO that works well even for tiny play sessions of less than a minute. People play RotMG while waiting for other games to load up.

I love the idea of an MMO that supports short bites of gaming, anytime, and quick quitting will definitely be a feature of Jetbolt's new MMO.