Over the last two builds we've added a couple of cool new squadron features: the speedrun and squadron HQs. The speedrun lets up to five members of squadron cooperate to clear a dungeon in the shortest amount of time. The top ten times are listed in the leaderboards. Eventually we'd like to have a new speedrun map each week and give prizes.

Squadron HQs debuted in yesterday's build 105. Each squadron has an HQ, which is initially a 3x3 grid of tiles. But squads can expand their HQ by putting down new tiles. 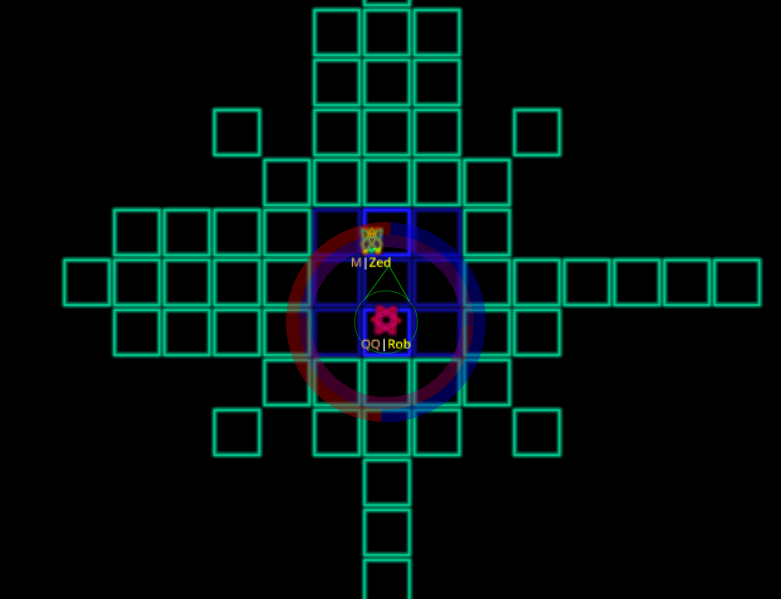 A squadron can get new tiles when a member uses an HQ Tile item. These items drop from certain fortresses but they can also be crafted from a level 2 Omnium. All the new tiles look the same at the moment, but we plan to add support for new colors and shapes eventually. Next build we plan to allow squadrons to remove and reposition tiles. We'd also like to give out special tiles as a reward for winning the speedrun.