I grew up playing the arcade classics of the 1980s, and many of my favorite games of that era use vector graphics instead of bitmaps: Asteroids, Tempest, Battlezone, Star Wars, and many others. 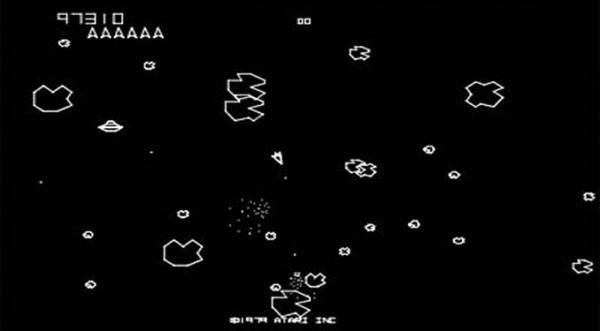 Vector graphics fell out of favor toward the end of the decade, but in recent years they've made a mini-resurgence as part of the retro-graphics trend in downloadable and independent games. My favorite of this crop is Geometry Wars; others include Captain Forever as well as Radiangames' troika of Inferno+, Ballistic and Fireball. 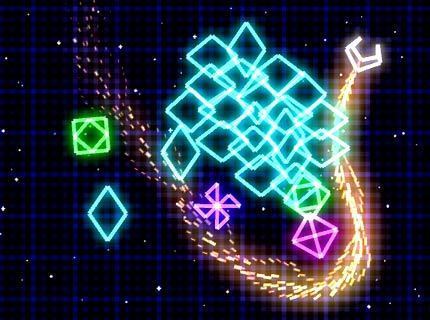 Of course, modern vector graphics are simulated on bitmap displays, and these days they include gorgeous-looking neon glow effects and thousands of sparkly vector particles.

One huge advantage that vector graphics have over bitmaps is that they are very small. This is important for Flash games because loading time is critical. Every extra second of load time means more potential customers giving up and playing a different, faster-starting game.

Another thing I like about vector graphics is that they can often be defined and animated mathematically by an algorithm, which reduces the need for human artists to churn out animation frames. Indie teams are small, and when a computer can do a job it means the precious, precious humans can concentrate on other tasks.